Josh Kruse is a former motorsport journalist from Australia who specialized in Formula 1 and the Formula 2 Series.

Josh now works for Scuderia Toro Rosso F1, where he is part of the communications team.

Having been introduced to motorsport at age four, Josh spent his early childhood sat in front of the television following the V8 Supercar Championship, he was then soon introduced to Formula 1 in the mid-90s and the obsession for cars and all things fast intensified.

While spending a lot of time participating in many other sports like AFL, Tennis, Basketball and Cycling, Josh knew that a position in the sporting field was the only option as a career. After holding a brief half-year apprenticeship as a Silversmith in 2010, Josh went on to complete a Diploma in Sports Development. Here he gained experience at organising major events, teaching primary school students how to play Football and complete work experience with the Collingwood Football Club’s multicultural department.

After successfully completing his Diploma at the end of 2012 with High Distinctions, Josh was accepted into the Bachelor of Sports Journalism course at La Trobe University where he graduated at the end of 2015. The comprehensive course covered subjects through television broadcasting and radio broadcasting, to press releases, publishing and live blogging.

During his time at university, Josh got his first job as a journalist with the Australian motorsport website MotorsportM8, filing practice reports, feature articles and in 2014 onwards solely covering the GP2 series. Josh made his first appearance as an internationally FIA-accredited journalist at the 2014 Singapore Grand Prix.

At the beginning of 2017, Josh joined Crash.net as their on-site F1 journalist, however, this lasted half of the season and in November he joined Scuderia Toro Rosso F1 team as part of the Communications department. 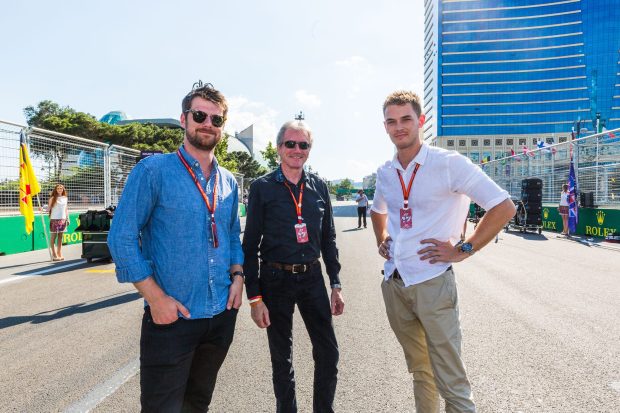